As climate change becomes a global crisis, how can chefs make a difference? What can they do as buyers of food, taste leaders and educators?

They are at the front line of leading change as the industrialised food system emits up to one-third of all human-caused greenhouse gas emissions, and the old choices are no longer viable.

But food can also be a solution to climate change. Sustainable agriculture and biodiversity reduce our dependence on fossil fuels, preserve the fertility of the land, increase carbon capture in the soil, and slow down desertification.

Slow Food Chefs’ Alliance members in Scotland are delighted to be supporting Slow Food’s international ‘Menu for Change’ campaign drawing attention to food and climate change. This will launch in Scotland and across the UK during Slow Food Week, the first week of October.

Chefs’ Alliance members, of which there are now 22 in Scotland, will be promoting locally-produced food, highlighting their nose-to-tail ‘less waste’ approach, and showcasing collaborations with local farmers and producers. 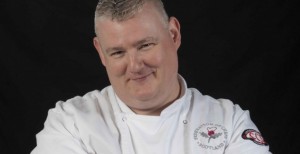 Colin Hinds, owner of Edinburgh’s Kilted Lobster and Rib-Aye Restaurants sources vegetables from a local community growing project in Leith. “Their produce is fresh and of great quality. It is less than two miles from our establishment, for less carbon emissions, and creates this connection with the community. For me, it makes sense to opt for local produce wherever possible.” 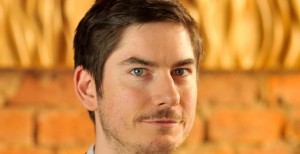 Pete McKenna, co-owner from The Gannet Restaurant in Glasgow regularly goes foraging in order to source wild foods for his menu. The practice of foraging celebrates the array of plants, fruits, mushrooms, flowers available in our countryside. Bringing wild foods to the menu encourage people to reconnect with nature, and source and appreciate seasonal foods. “Foraging not only gives you a strong personal connection to how the landscape changes seasonally but also opens up a new palette of ingredients and flavor possibilities for our menu.”

Educating the next generation. 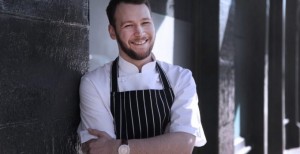 Scott Smith, owner of Norn Restaurant believes that #menuforchange should also be about education. He is a planning a school visit at a local primary school in October in order to reach out to the younger generation and share his passion for local and seasonal food. “For me, education should be integral part of the campaign. We should go out there and engage with the community.” 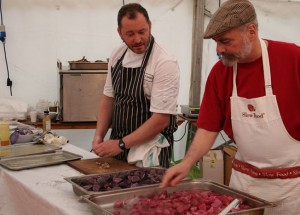 Neil Forbes, chef director of Café St Honore is well known for his nose-to-tail approach and respect for food, aiming for the minimum of waste in his kitchen. He believes that sourcing excellent local seasonal ingredients is key to producing delicious dishes. No wonder he was awarded the Best CIC Scottish Restaurant of the Year 201, and the top spot in the Organic Eating Out Awards.

“Growing crops and rearing livestock have the largest impact on climate change of all the parts of the food system. Agriculture alone is estimated to be responsible for about a third of the global greenhouse gas emissions.” (FOE, 2017)

Not just for chefs.

The #menuforchange campaign is not just raising the awareness of food’s impact on climate change, but also showing simple ways that each one of us can help reducing that impact.

Everyone, not just chefs, is encouraged to cook a #50milemeal at least once a week during October, sourcing ingredients produced within a maximum of 50 miles.

Share your creation or recipe online with the #50milemeal hashtag.

Welcoming the efforts of local chefs, John Cooke, Slow Food Scotland leader, added: “Supporting local food, the people who produce it and their communities is a real (and delicious) way we can all make a difference to the world’s climate crisis. We’re so happy that Scottish Chefs’ Alliance members are contributing to the international #menuforchange campaign on such a vital issue.”