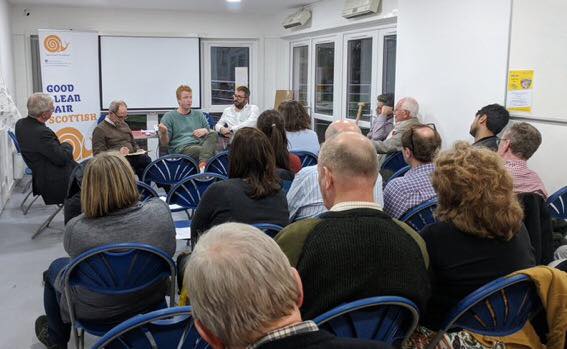 Our AGM was held at Gorgie City Farm in Edinburgh in November. All the relevant documents from this, including reports from each of the different groups around Scotland and our projects, are available here in a downloadable PDF along with the minutes.

Thanks to all who contributed and came along, including guests Robin Gourlay, Ben Reade, Shane Holland, our musicians and lunch chefs Fred Berkmiller and Rosario Sartore.

If you couldn’t be at the AGM, please do read the various reports to get a sense of all that Slow Food is doing around the country. 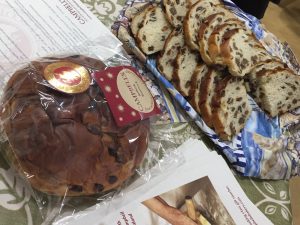 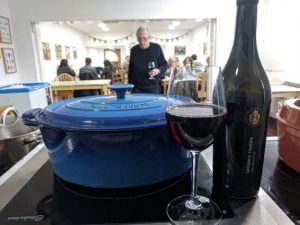 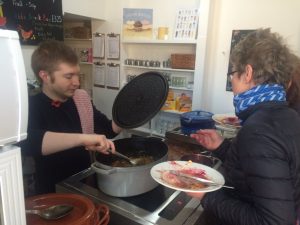 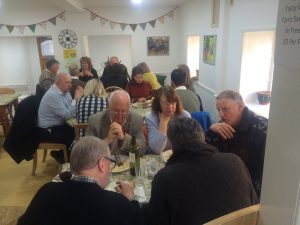 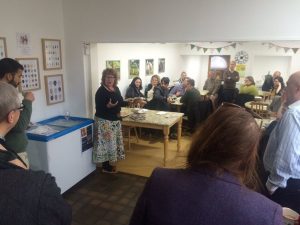 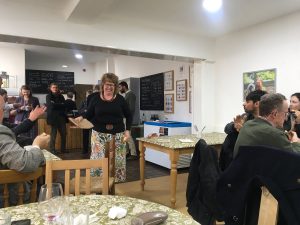 A farewell to John Cooke 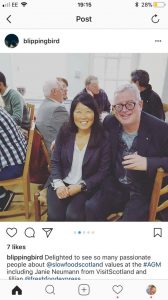 In October, John took up a new job in London and headed south after many years at the centre of what was going on with Slow Food in Scotland, including the establishment of a separate national body in 2015.

We’ll miss his energy, his articulate and engaged voice, his understanding of the movement, and his commitment to progress Slow Food all across Scotland. 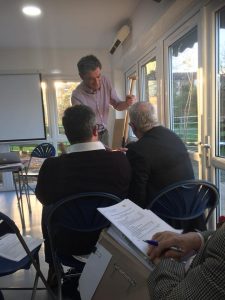 In saying goodbye to John at the AGM we presented him with a gift of two fledging apple trees (along with a spade with which to plant them — which has now happened at Gracemount Walled Garden in Edinburgh). The apples are the Bloody Ploughman variety, a heritage fruit recognised as one of Scotland’s entries on the Ark of Taste.

We wish the trees, and John, a fruitful future!